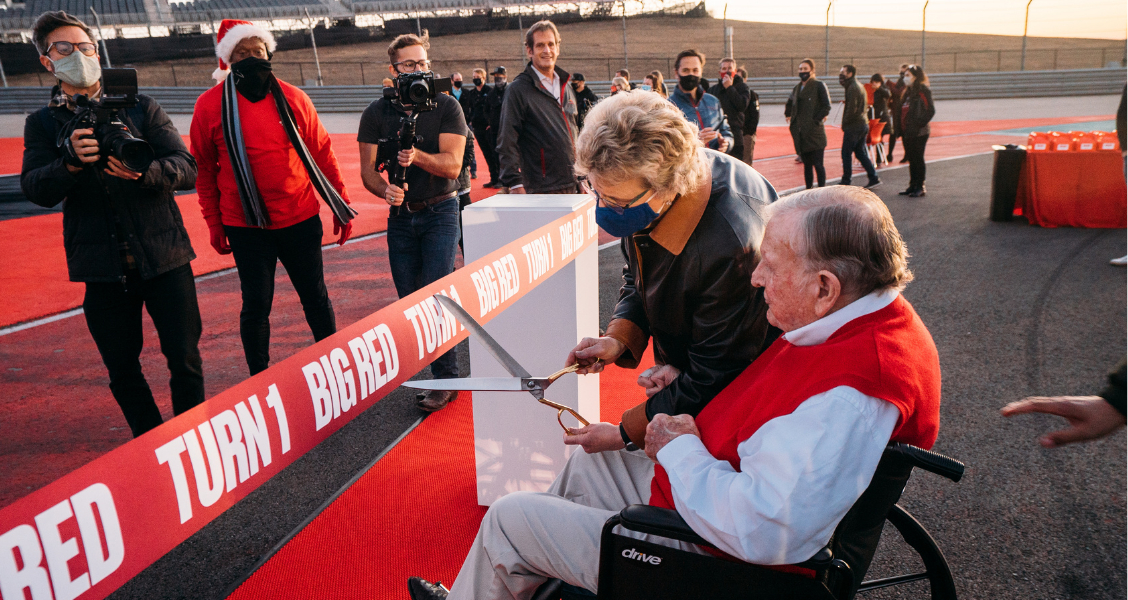 Circuit of The Americas Renames Iconic Turn One to Celebrate One of Its First Investors, Red McCombs

on the world-famous track for a special dedication ceremony. After gathering at the top of the steep incline, the group removed a covering and revealed the freshly painted BIG RED corner, while red fireworks boomed above.

“COTA's internationally famous track is known for its unique features and thrilling elevations. From Formula

One to MotoGP, and stock cars to sports cars, anyone who starts a race at COTA knows what it's like to face this beast of a beginning” said COTA Chairman, Bobby Epstein. “It's big, bold and Texas. And, now it has a fitting name - BIG RED. Red McCombs is a Texas

legend; known for his big heart, successful businesses, and love for his home state. I'm delighted that we are able to honor his legacy.”

Communications, and is the former owner of the San Antonio Spurs, among several other business ventures. When creating COTA in 2010, McCombs became one of the track's largest investors. McCombs serves as the namesake of the McCombs School of Business at the

University of Texas at Austin. He also created The McCombs Foundation which has contributed more than $135 million to civic causes in San Antonio and across Texas.